An Antidote to Stress at Work? Office Plants

Home / CULTURE / An Antidote to Stress at Work? Office Plants

An Antidote to Stress at Work? Office Plants

When Anna Kunnirickal wakes up in the morning, the first things she does is tend to her plants.

“Plants are healing,” says Kunnirickal. “There’s just something soothing about touching cold dirt so early in the day.”

Kunnirickal is not alone. In the last few years, demand for indoor plants among stress-out city dwellers has soared. The numbers skew even higher among millennials. The National Gardening Survey found that 80% of the 6 million people who started gardening in 2016 were aged 18 to 34.

Anna began her plant arranging hobby when a friend introduced her to closed terrariums. She quickly fell in love with the idea of creating plant habitats in unconventional receptacles. Born and raised in Washington, D.C., the 25-year-old plant arrangement designer is one of the many young people in the District who are on a mission to embrace and incorporate green spaces in their work and living environments.

“It’s only natural that millenials are looking for something to nurture,” she says. “Every person can benefit from seeing something live and thrive.”

In September 2017, Anna began working at local plant shop Urban Jungle to share her thriving love of plants with a larger community.

Urban Jungle owner Cody Alexander started the shop on the bottom floor of his 8th street row house. Two and a half years later, he says he’s seen a sizable increase in foot traffic and word of mouth promotion.

Cody, who has lived in the District for 17 years, says succulents and cacti are among the most popular plants.

First-time plant owners which mirrors what Anna has seen as an arranger who mainly works with hardy, versatile succulents. Both Anna and Cody are glad that more people are starting to define themselves as plant lovers or “plant moms”. They described the D.C. plant community as an accessible one that is open to anyone who is willing to learn.

Another local plant shop, Little Leaf, opened in the Logan Circle neighborhood in December 2017 and has also benefited from young, enthusiastic plant lovers. Nicole Laemers, the shop’s director of experience and visual merchandising, views millennials’ newfound love of plants as an attempt to reconnect with nature, particularly when living in very urban environments.

“People are super into growing their home and office jungles, and we specialize in plants that thrive in city spaces,” says Nicole, “Another trend is that people are having children later, if at all, and looking for something low maintenance to love and care for.”

Just starting out? Grab this succulent starter pack of 12. Looking for a chic indoor plant, consider the easy-to-care for Chinese Money Plant. Finally, for a chic addition to your patio or outdoor space, grab this Juniper Outdoor bonsai tree. 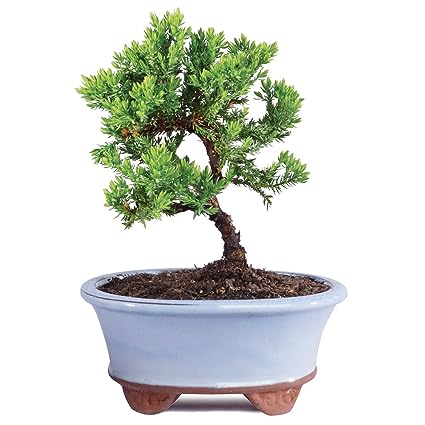 Vladan Nikolic is a shop associate and plant specialist at Little Leaf. Nikolic moved to D.C. from Serbia in March 2017. He joined the Little Leaf team a few months later, bringing with him over a decade of plant care expertise. He frequently showcases his favorite plants on Instagram (his favorites are venus fly traps) and owns over 70 plants in his office to relieve stress and purify the air.

“I love being connected to nature,” says Nikolic. “Whenever I come to my office, just looking at my plants brightens up my day. They make all the upcoming challenges of the day easier.”

“Plants are living beings and can’t always be perfect. When you embrace the many benefits of plant ownership, you’ll have to embrace the imperfections too.”

CAPITOL STANDARD STAFF
Your curated guide to work and play. CAPITOL STANDARD exists for affluent professionals obsessed with what’s next in their career and their lives. Follow us on Instagram @CapitolStandard.Disclaimer: It is appropriate to assume that articles posted on this column are sponsored, ads, or incentivized.
Comments
Trending
Partner
Cookies - To make this site work properly, we sometimes use cookies on your device to increase user experience. Please accept if you wish to continue on this website.
Accept
Read more